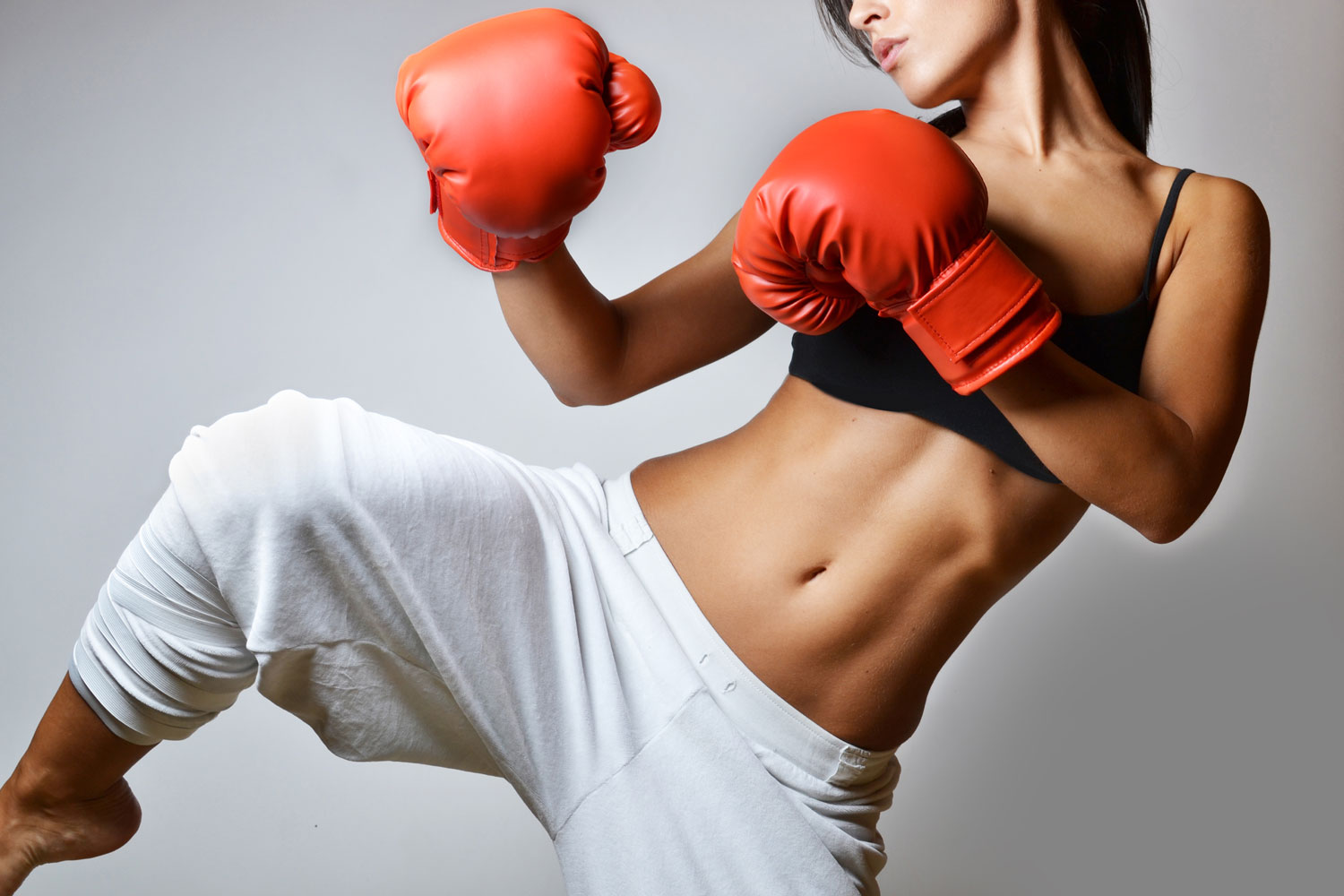 Acquiring hip strength and stability is a very specific physical goal. For some the incentive for achieving this goal will be bought on by hip injury or pain. For others it will be to support other physical goals, through engaging power via the largest joints in the body.

In some sports the importance hip strength and stability plays is self evident, for example cycling, running and golf. However the hips can also benefit other sports that involve throwing or hitting, such as cricket, tennis or baseball. So although we know that a good throw or hit involves the entire body, often the focus is on the arms and shoulders for generating power. By bringing the hips into play before the upper body, power can be increased and the strain on joints, such as the shoulder and elbow, can be reduced.

Whether utilising the potential of this hip strength and stability to improve performance, or to avoid injury, understanding the unique structure of the hips makes a logical starting point.

Joint and muscle of of the hip

Together with the sacrum and coccyx, the ‘hip bones’ unite to form the pelvis, that protects the organs of the lower torso, and at same time anchors the powerful muscles of the hip, thigh, and abdomen.

‘Hip bones’ is really a simplified name for the wings of the pelvis, which actually consists of three bones, being the ilium, ischium, and pubis, that fuse together by the end of puberty. Together these bones also form the ball and socket joint of the hip. As a connection between the pelvis and the femur, this hip joint is a vital link between the lower torso and upper thighs, while the hip structure as a whole provides rigid support to the body. The hips also offer a solid foundation for movement, along with stability, via the even distribution of upper body weight.

The other vital link relevant to hip strength and stability are the muscles that surround and support the hip joint. Most modern anatomy cites seventeen muscles within the hip, with most of these muscles responsible for more than one movement. Just as well since, like the shoulder, the hip is a multi axial joint, that allows for three planes of motion, forwards and backwards, side to side, as well as rotating.

The muscles of the hip reach in many directions, and it is interesting to note that one, the sartorial muscle, is the longest of all muscles in the body. It extends from the lateral edge of the hip bone (lateral being the edge further most from the midline of the body) and travels across the hip joint and thigh, all the way down to the medial edge of the knee.

As a freely movable, weight bearing joint with a wide range of movement, the muscles that surround the hip must serve multiple functions. For example the gluteal muscles that make up the buttocks, move the thigh, stabilise the pelvic area, keep the hips level and prevent sway. This is all performed while helping the body shift weight and adjust placement with stability.

Thankfully the movement of the hip is possible as many muscles activate at once, and form part of an integrated system. This system involves other muscular structures of the torso, lower leg and supporting muscles of the spine. Together all of these muscles assist in the ability to stand with good posture, and form part of a kinetic chain in the generation of power. However even though humans’s have been walking upright for around six million years, there is always room for improvement.

The evolution of the hips

From an evolutionary perspective, the hips are the body’s most unique skeletal development. As our earliest ancestors transitioned from moving around on all fours, to walking upright, the hip joint had to adapt. What was offered in mobility had a flip side, in that it placed other structures under more weight. Consequently this has seen a change in bone development to accommodate these shifts in body weight distribution.

One study, the Trillenium Human Project has seen hundreds of skeletal specimens spanning 400 million years examined. From this it is clear that over time, the neck of the thigh bone (that bridges the ball of the hip joint and the femur) has grown broader to support the extra weight. This has lead to the suggestion that this thicker ‘neck’ may be a contributor to arthritis, and why humans are susceptible to hip pain.

The interactive 3D model created from these scans of skeletal specimens, clearly illustrates dramatic changes to the evolution of the hip joint as well as the shoulder and knee. The study hopes to provide insight as to how these human joints may evolve, as this could aid in the planning of treatment and prevention of future musculoskeletal problems.

The current concern for us as humans is the impact that sitting has on muscle groups, and this includes those relating to the hip joint. When moving around, the muscles of the body are constantly working to maintain balance with one another. In simple terms, when bending a limb, one muscle will relax while the other tightens. Then when that limb straightens these muscles reverse roles.

Prolonged periods of sitting affects this balance, as these muscles remain in the same state of either constantly extended or constantly relaxed. In relation to the hip joint, sitting weakens the muscles that support the hip, as the muscles of the bottom are relaxed while those that assist bending, the hip flexors, are shortened. Both your glutes and your hip flexors figure prominently in the activation of your hips, so when they’re weak and/or inactive, the lower back takes over. This makes the lower back muscles work harder, hence the relationship between sitting for too long and back pain.

Never fear, as there are some simple exercises to help build strength, stability and safely increase flexibility. They can make up a specific hip strengthening program or can be added to an existing exercise routine.

The way we work and our daily habits have changed drastically in the last few decades and with it the amount of time spent seated. Sitting can start at breakfast, to travelling to work in the car or train, then at work and on the way home, through to dinner and finally relaxing in front of the television. As such avoiding sitting is near impossible, especially with the advent of screens and labour saving technology. Add to this extended work hours, sugar or fatty food as a crutch for stress, and the effects of sitting are easily compounded.

So what to do? First and foremost, any period of sitting should ideally be no longer than half an hour. Getting up and about more frequently for a few minutes at a time, as opposed to longer periods of sitting with longer break times, appears to be more beneficial for metabolic-health. There are plenty of apps than can provide reminders to move, or for a more traditional approach an hour glass on the desk is a good option.

When having these breaks, it is worth keeping in the mind which muscles have been stretched and which have been shortened, then perform exercises that provide a balance. For example exercises for the hips would involve squatting right down so the buttocks touch the heals, swinging the legs forwards and backwards and side to side. If there is room, a glute bridge can be performed lying down on the back and then raising the hips up into the air. While down on the ground roll over onto all fours, then lift one leg out to the side of the body, much like a dog urinating – hence the name of the exercise ‘fire hydrant’.

If you are not into exercises then a walk, preferably outside is another option. When the weather does not allow this or the work schedule is too tight to leave the office, investing in a walk or step machine is a healthy investment. This is especially useful, as reading emails and taking phone calls is easier without traffic to dodge.

As sedentary behaviour is altered and exercise increased, the ability to utilise hip power without risk of injury becomes possible. Incorporating hip power into sport and other activities will also depend on the level of skill and knowledge of the body biomechanics.

Take the simple act of throwing a ball. In between stepping forward, and the whipping action of the arm and hand, correct rotation of the body will add power to a throw. The hips should rotate first and then the shoulders, rather than rotating them together as one. Of course these are merely words and putting this into practice is another thing entirely.

From the perspective of assessment, strengthening and management, physiotherapy has a lot to offer in developing hip strength and stability. Most physiotherapists participate in sport, so should they follow your chosen activity, there will be even more advice and tips on offer.